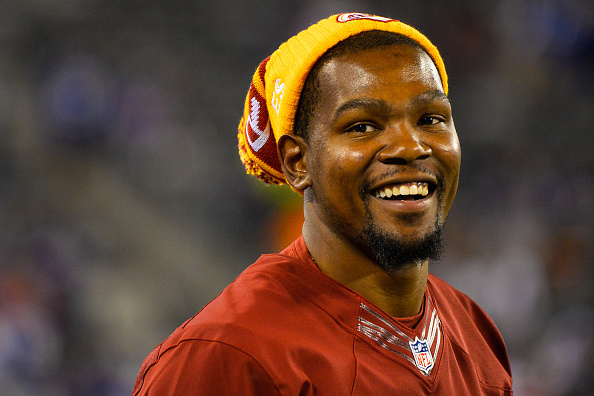 Colin Kaepernick hasn’t played in the NFL since the end of the 2016 season, and the question surrounding the former San Francisco 49ers QB is whether the league is colluding against him to keep him out forever.

Meanwhile, there are a bunch of teams that could use his talent and have a direct need at quarterback, and that includes the Washington Redskins who still have a chance of winning the NFC East.

Durant made sure his voice was known and took to Instagram and urged the team to sign free agent QB Colin Kaepernick.

Unfortunately, head coach Jay Gruden has already stated the team would be going in a different direction as they would like to have a quarterback that plays similar to Mark Sanchez and not have to change the entire offense for one guy.