>Total Pro Sports
NBA
Durant Sounds Like He Has No Interest In Playing With LeBron: “Toxic Environment & Fan Boys”

Durant Sounds Like He Has No Interest In Playing With LeBron: “Toxic Environment & Fan Boys” 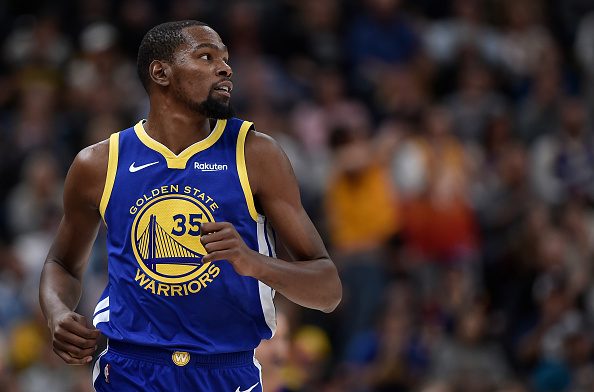 If Los Angeles Lakers fans had dreams of Kevin Durant coming over to the team after the 2018-2019 season, those dreams likely turned into nightmares after Kd’s recent comments.

This quote via Bleacher Report seems to indicate even if he wanted to play alongside the Lakers star, he doesn’t want to deal with the media fan boys and toxic environment that comes with it.

“So much hype comes from being around LeBron from other people,” Durant said. “He has so many fanboys in the media. Even the beat writers just fawn over him. I’m like, we’re playing basketball here, and it’s not even about basketball at certain points. So I get why anyone wouldn’t want to be in that environment because it’s toxic. Especially when the attention is bulls–t attention, fluff. It’s not LeBron’s fault at all; it’s just the fact you have so many groupies in the media that love to hang on every word. Just get out of the way and let us play basketball.”

Who knows? This might all be smoke and mirrors and KD is just trying to stop the rumors as he tries to win yet another NBA Championship before he gets to the decision during the offseason.