Dallas Cowboys owner Jerry Jones isn’t ready to commit to Tony Pollard as the team’s lead running back, even after the latter’s monster outing on Sunday.

With Ezekiel Elliott sidelined for the Cowboys’ Week 2 game with a knee injury, the Cowboys relied on Pollard to carry the ground game. Needless to say, he was up for the challenge.

Pollard rushed for 131 yards and three touchdowns on just 14 carries. He also had a 16-yard catch on the day as Dallas cruised to a 49-29 blowout victory at home to improve to 6-2 on the season.

Despite Pollard’s big day, Jones told reporter after the game that the team is “going to go as Zeke goes”, per Michael Gehlken of The Dallas Morning News.

In 2019, Elliott signed a massive six-year contract extension worth $90 million. The Cowboys’ 2016 first-round pick won two rushing titles over his first three seasons, so the contract made sense for Dallas at the time.

But Elliott’s production has dropped noticeably over the past three seasons. He had a career-low 979 rushing yards and just six rushing touchdowns in the 2020 season. If it weren’t for the expansion of a 17th regular season game, Elliott would have missed the 1K mark last year (he had 1,002 yards and 10 touchdowns).

After an ugly Week 1 home loss to open the season, the Cowboys proceeded to rally for victories in six of their next seven games. As long as they continue winning, Jones and Mike McCarthy’s coaching staff probably won’t feel the need to make drastic changes.

The bottom line: Pollard fantasy owners shouldn’t get their hopes up about an increased workload once Zeke is cleared to return. 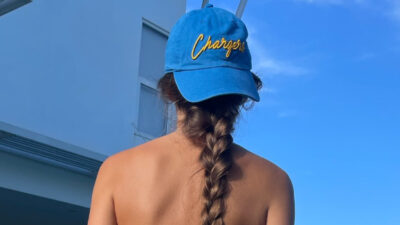