Deshaun Watson is already suspended for six games, but since the NFL decided to appeal, it may end up being longer than that now.

But with the NFL gunning for an entire year, Watson is willing to accept a little more missed time.

According to the Associated Press, the Cleveland Browns quarterback is willing to accept an eight-game suspension and a $5 million fine.

“I’m told Deshaun Watson would accept an 8-game suspension and $5 million fine in a settlement. Of course, league wants at least 17 games, significant fine over $5 million & evaluation for treatment. So this would be a significant compromise. But it would end it.” 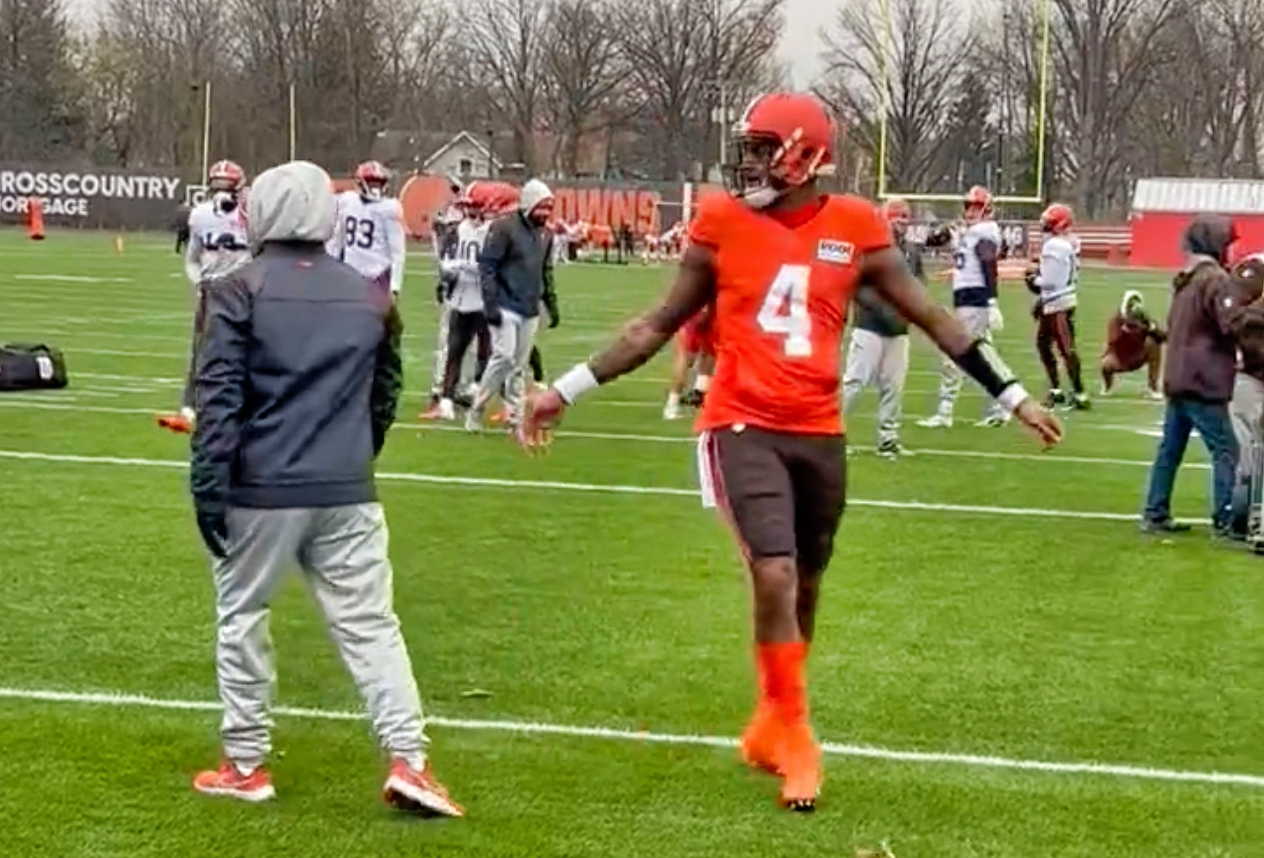 Aside from wanting Watson down for a full year, the league also wants to hit him with a substantial fine as well as him undergoing evaluation and treatment as determined by medical experts before he could be reinstated.

Watson has been accused of sexual misconduct by over two dozen women stemming from massages he received while he was a member of the Houston Texans. He had reportedly booked massage appointments with 66 women from 2019 through 2021, according to a report from the New York Times.

The accounts ranged from Watson allegedly refusing to cover his genitals to the quarterback “touching one of the plaintiffs with his penis and trying to force her to perform oral sex on him.”

One unnamed physical therapist in the lengthy piece described how Watson got himself in the ‘happy baby yoga pose’ and demanded that she massage between his testicles and anus.