Jalen Ramsey is one of the most dominant cornerbacks in the NFL today. The Los Angeles Rams star has built a reputation as a player that opposing quarterbacks don’t want to challenge. 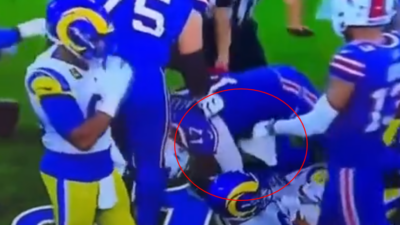 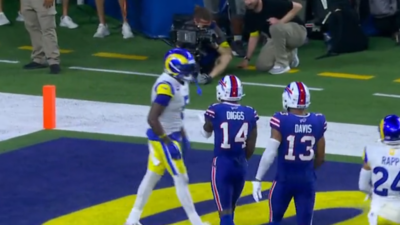 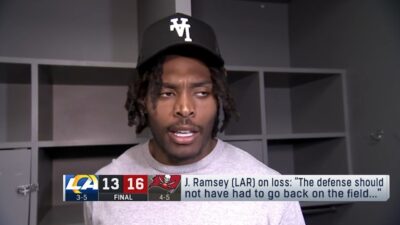 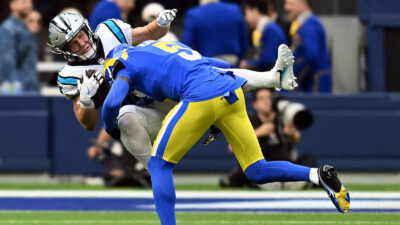 Jalen Ramsey is a cornerback in the NFL, and currently plays for the Los Angeles Rams.  He was the fifth overall pick in the 2016 NFL Draft and is widely considered one of the top cornerbacks in the NFL. From Jalen Ramey’s college days to his years with the Jacksonville Jaguars and LA Rams in the NFL, the native of Smyma, Tennessee has racked up the accolades. That includes a BCS National Championship, a Super Bowl title, and multiple Pro Bowl and All Pro honors.

The two-time Pro Bowler started his NFL career in 2016 with the Jacksonville Jaguars. He suffered a meniscus tear during rookie training camp and underwent surgery to fix the repair a few days later.  He was able to recover and went on to finish his rookie season with 65 combined tackles and a spot on the NFL All-Rookie Team.

After a spat in 2019 with head coach Doug Marrone where the two had to be physically restrained from each other, Ramsey was ultimately traded to the Los Angeles Rams. Jalen Ramsey’s contract is a five-year, $105 million extension with the Rams, with $71.2 million of that guaranteed. He is currently the highest-paid defensive back in NFL history.  Jalen Ramsey’s wife is Breanna Tate, and they have two daughters.

As one of the game’s more outspoken players, and a renowned trash-talker, the former LSU Tiger finds himself making headlines often. If you’d like to keep up with everything, from Jalen Ramsey contract updates to what he’s saying on his social media accounts, we’ve got you covered right here. 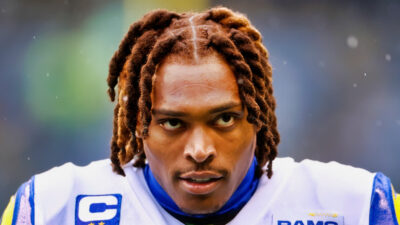 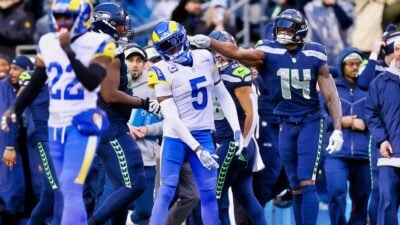 REPORT: NFL Refs Getting Blasted By League For “Worst Officiated Game Of The Year” In Week 18 That Cost One Team A Playoff Spot

Every week, it seems like we have more officiating controversies to talk about. But during week 18 of the 2022 season, … 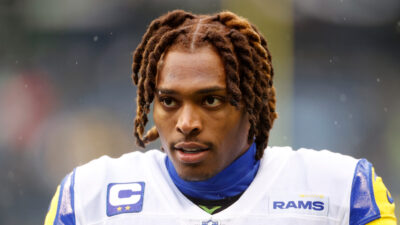 Is Jalen Ramsey headed to a new team? That’s what social media is thinking after his latest post. This offseason … 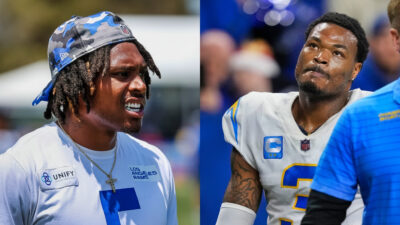 The Los Angeles Rams blew another game on Sunday, losing to the Tampa Bay Buccaneers to drop their record to 3-5 on the … 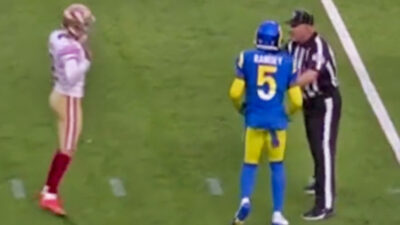 Jalen Ramsey really has an issue with Robbie Gould. It’s not often that kickers are involved in arguments on the …

The San Francisco 49ers and Los Angeles Rams were said to be the front-runners in the Christian McCaffrey sweepstakes, … 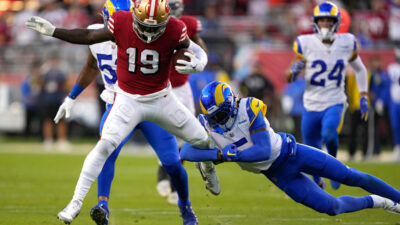 During the 49ers’ 24-9 win over Los Angeles on Monday night, Deebo Samuel provided the play of the day when he … 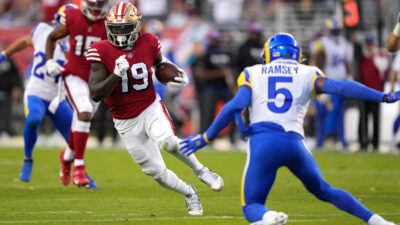 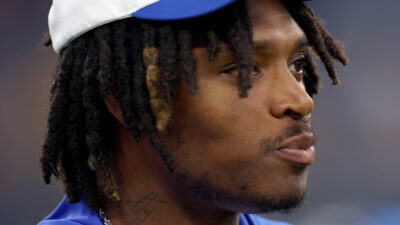 Jalen Ramsey is the latest athlete to speak out against the NFL amid the Tua Tagovailoa concussion controversy. On … 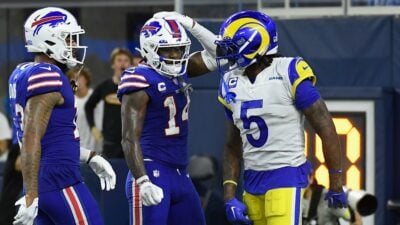 The No Fun League is back. As the Week 1 fines have been released around the league Saturday, Stefon Diggs had his name … 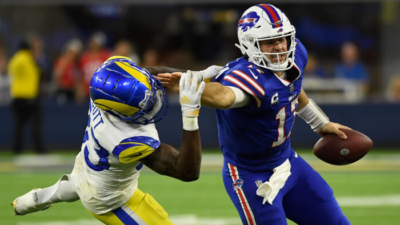 Many Buffalo Bills understandably get worried whenever superstar quarterback Josh Allen rushes the football, but the … 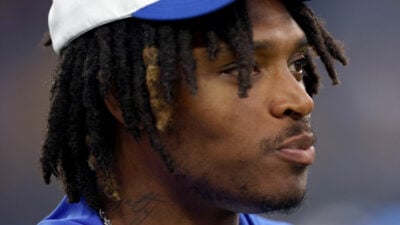 Jalen Ramsey had a rough night on Thursday. The defending Super Bowl champions were trounced by the Buffalo Bills, … 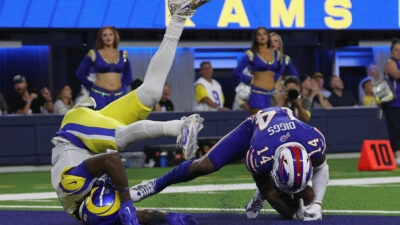 Jalen Ramsey had the worst start of a season he has ever had when he faced off against the Buffalo Bill’s offense. …