Victor Wembanyama is a French professional basketball player who currently plays for the Metropolitans 92 of the LNB Pro A. He plays the power forward position and stands at a towering 7’2″. Many are predicting Victor to be the first overall draft pick in the 2023 NBA Draft. Get all of the latest Victor Wembanyama stats and news here! 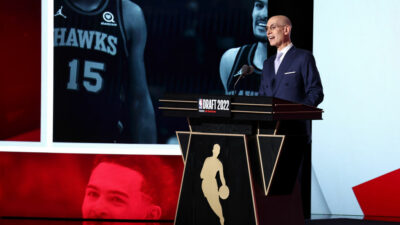 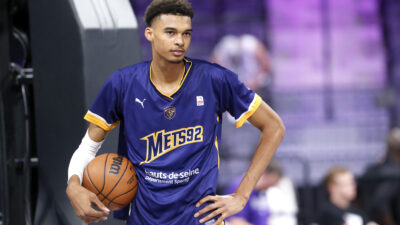 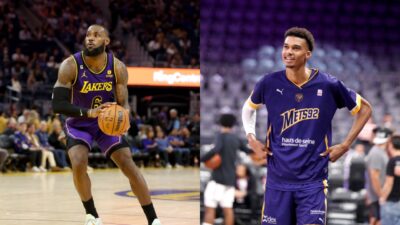 Victor Wembanyama’s height is a big reason for his success on the court. His father is 6’6″ and his mother is 6’3″. He started playing professional basketball in 2019, playing for Nanterre 92. He was only 15 years old and became the second-youngest player to play in the EuroCup.

In June of 2021, Wembanyama signed a three-year contract with ASVEL of the Pro A and the EuroLeague, but he opted out of his contract after the end of the season. In July of 2022, he signed a two-year contract with Metropolitans 92. He played in a few games in the United States that were nationally televised and attended by over 200 scouts. In the first game, he recorded 37 points, five blocks, and four rebounds, and continued to astound scouts in the following games.

Victor Wembanyama’s wingspan is 7’11”. Despite his astounding size, Victor is fluid on the court and is regarded as a strong three-point shooter with excellent ball-handling skills.

LeBron James called him an alien, but could he see himself being traded for him? Victor Wembanyama has been the talk of …

At 7-foot-1 and 258 pounds, Minnesota Timberwolves star Rudy Gobert is one of the tallest active players in the NBA. But …