A synchronized swimmer is not happy this week after she was forced to condemn the “sexist and vulgar” comments she received on a photo depicting her hard-earned achievements.

Italian Olympian Linda Cerruti earned six silver and two bronze medals at the European Aquatics Championships in Rome earlier this month and wanted to bring further attention to it by advertising her achievements in an eye-popping snap shared on Instagram.

The 28-year-old posted a photo posing upside down by the ocean in a leopard-print bikini. Her eight medals were seen draped from her legs, which were hoisted into the air as she performed a split.

Two days after posting the photo, she would take to Instagram again and call out the sexualization of her body. Cerruti said she had received “thousands” of sexist comments beneath the original image.

“Two days ago I shared a photo taken at the beach where I always go, where I developed my first dreams, a place that has great symbolic value for me,” she wrote. “The photo shows me in an artistic pose, typical of my sport, upside down and doing the splits along with the eight medals I won during the best European Championship of my career.”

“I am literally shocked and disgusted by the hundreds, probably thousands, of inappropriate, sexist comments and vulgar people responsible for them.

“After over 20 years of training and sacrifice, I find it SHAMEFUL to say the least, and it is heartbreaking to read the hordes of people making jokes that sexualize my body,” she further raged. “Is a bum and two legs really the only thing there and the main topic of conversation? The minimum, and the only thing I can do, is expose the inappropriateness of those comments, mirroring a society that is still very masculine and different to the one I would like to be born into and raise my children one day.”

The screenshot she posted had one comment, written in Italian. “Nice medals, but the space between medals 4 and 5 isn’t bad either,” the message read.

Another comment, written by a male Instagram user, purportedly stated, “Very good … in the pool and outside.”

LOOK: McKayla Maroney Set The Internet On Fire In Her Provocative New Dress That Leaves Little To The Imagination (PIC)

‘World’s Sexiest Athlete’ Alica Schmidt Wants To Be Known More As An Athlete, Not An Instagram Model

Carli Lloyd Refused To Kneel To Protest Against Racism, Only Player On USWNT To Not Do So (PIC) 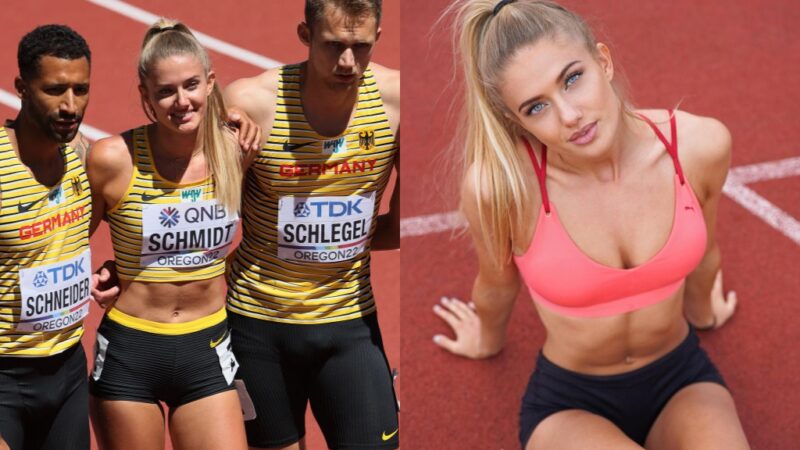