Kevin Durant is a professional basketball player who currently plays for the Brooklyn Nets.  He is a three-time Olympic Gold Medalist, a two-time NBA Champion, a two-time NBA Finals MVP, and also won the NBA Most Valuable Player award in 2014.  He is widely considered one of the best NBA players of all time.  Get all of the latest Kevin Durant stats and news here! 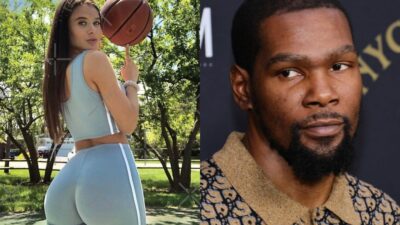 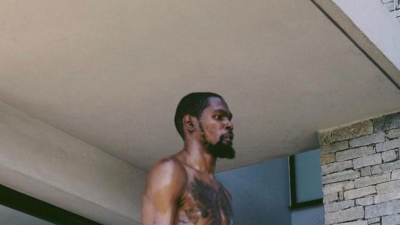 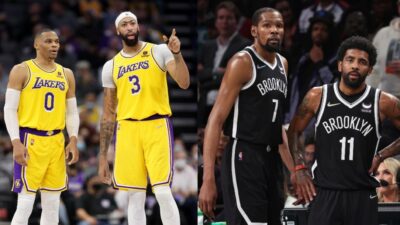 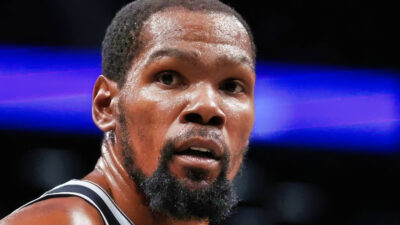 At the University of Texas at Austin, Durant became the first freshman to be named the Naismith College Player of the Year. He declared for the NBA immediately following his freshman season, and he was selected as the second overall pick in the 2007 BNBA Draft by the Seattle SuperSonics.  After his rookie year, the SuperSonics relocated to Oklahoma City where they became the Thunder.  In his final seasons with the Thunder, Durant was diagnosed with a Jones fracture in his right foot and missed 17 games.

In 2016, Kevin Durant signed with the Golden State Warriors and he helped lead the team to back-to-back championships in 2017 and 2018 where he was also named NBA finals MVP both times. He signed with the Brooklyn Nets in 2019, but missed the 19-20 season due to injury.

Off the court, Kevin Durant is one of the highest-paid athletes in the world due to endorsements with brands like Nike and Gatorade. He is one of the most popular players in the league, and his jersey frequently sells out. He has donated $1 million to the American Red Cross and was a spokesperson for the Washington, D.C. branch of P’Tones Records, a non-profit after-school music program. 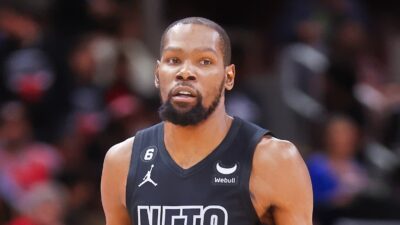 What is going to happen with Kevin Durant? One dominoe has fallen as Kyrie Irving got dealt in a trade to the Dallas … 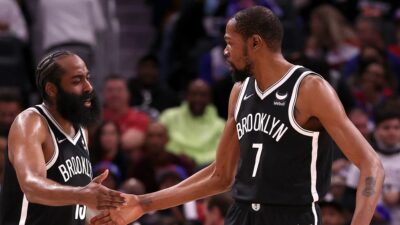 James Harden and Kevin Durant of Brooklyn Nets celebrate a basket made. 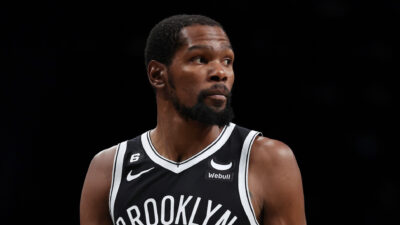 NBA Insider Says If Kevin Durant Demands Trade Again, One Team In Particular Has “Best Combination Of Players And Picks To Offer”

Things are quiet in Brooklyn at the moment and the Nets would much rather it stay that way. Kevin Durant isn’t trying to … 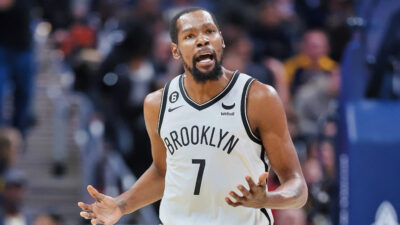 Both the Los Angeles Lakers and Brooklyn Nets have been among the most disappointing teams in the young NBA season. At … 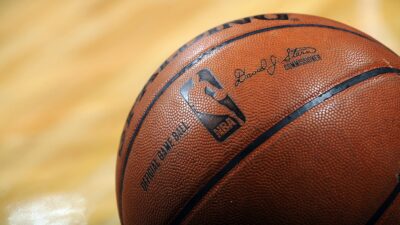 Prominent basketball trainer Rob McClanaghan, who has worked with NBA greats like Stephen Curry and Kevin Durant, was … 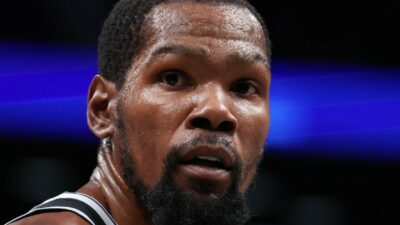 The top storyline of the 2022 NBA offseason was Kevin Durant’s trade request, but the Brooklyn Nets never got the …

Even though both clubs feature multiple All-Stars and future Hall of Famers, both the Los Angeles Lakers and Brooklyn … 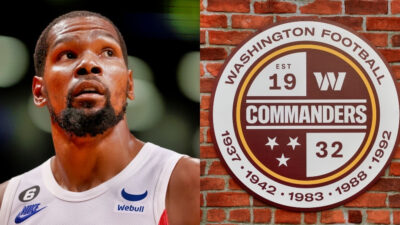 The Washington Commanders aren’t even technically for sale yet, but it seems that bidders are already lining up to … 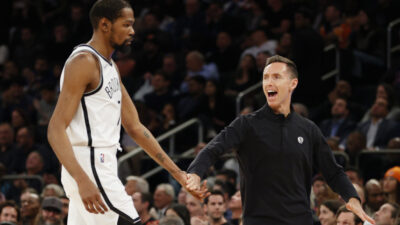 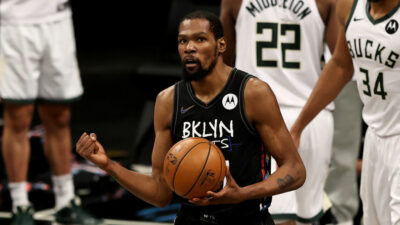 Bob Ryan does not care to have one of the best players in NBA history on the Celtics. The Boston Globe writer didn’t … 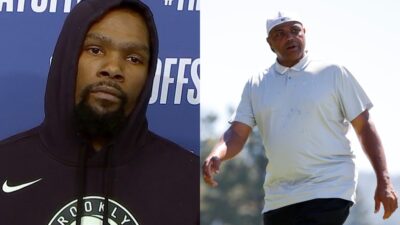 Kevin Durant’s Career As Leader Has Been An “Abject Failure,” Says Charles Barkley

Charles Barkley is once again throwing major shots at Kevin Durant. Kevin Durant and the Brooklyn Nets came to a … 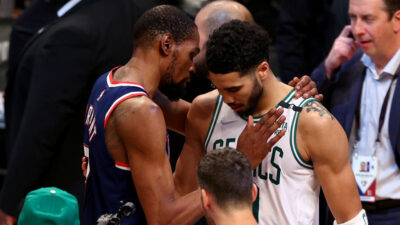 When the Brooklyn Nets agreed to go forth with Kevin Durant’s trade request on the eve of free agency, they … 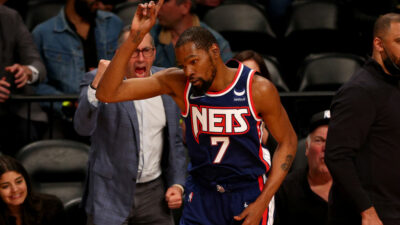 REPORT: Suns Attempting To Be Creative In New Multi-Team Proposals For Kevin Durant

The Phoenix Suns were atop Kevin Durant’s wish list when he initially demanded a trade from the Brooklyn Nets, but …

If you were KD, which team would you have signed with and why?